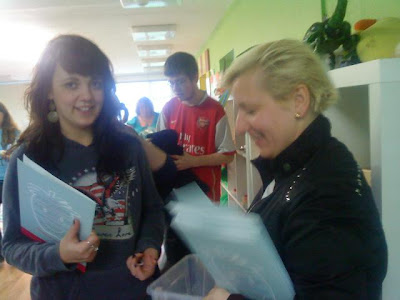 The first visit by Yeovil College to the Czech Republic and Slovakia for more than 10 years was designed to study comparative Health & Social care provision in both countries and involved planes, trains, automobiles and 'Sound of Music' styles treks over mountains.

Flying from Bristol to the Czech Capital ,Prague the students - 22 girls and 1 boy plus 4 female teachers, visited a kindergarten, a secondary school and a Youth club during their 3 day stay. 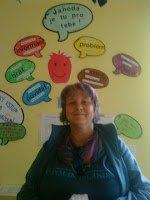 Assisted by Czech former care worker Martina Chvostova (incidentally also responsible for choosing the candidates for the Czech version of 'Big Brother' as a qualified psychologist) the highlight of their trip was the visit to the Jahoda (strawberry) organisation at Cerny Most. Jahoda is a succesful youth club staffed by social workers and funding by central and local government.

Also in Prague they were welcomed by the Krestianska Gymnasium (Christian Grammar School) in Hostivar district. This high performing school is very keen to de 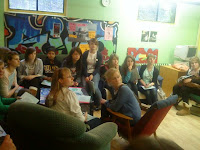 velop links with a Somerset school of a similar 14-19 age range.

Entertained by Barbora Spatnas jazz band at the Golden Pretzel wine cellar in Malostrana, the group also sampled some home made gulash and bramborak before taking a night train to Slovakia. 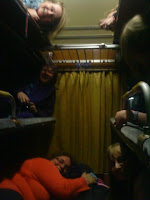 nt and with suitcases bigger than themselves it was a mighty feat to get the group on (and off) the train and then up the mountain at the end of the journey-but we managed it!

Once in the Slovak mountains the students visited 2 kindergartens - one in Stary Smokovec and one in Poprad where they joined in playing with the children and pre-school communal singing.

The trip also included a gypsy music event at the local Koliba with chicken and ribs roasted over an open fire , tatran tea and a mix up with the wine and coke which appeared to be resolved when we heard gunshots coming from the kitchen - although this turned out to be a local 'welcome' for the arrival of the flaming alcoholic honey tea.

With their Moravian guide Barbora Hubena, some of the group took a walk in the mountains - despite warnings about an upsurge in 'Bear' activity and fortunately (or not) weren't eaten. The group were warned "Bears can rip your heads off, nibble on your ears and donate yo 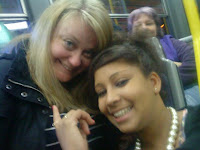 ur shoes to Oxfam . But this is a very rare occurance"

An afternoon in Poprad coincided with Graduation day and the streets were full of singing (and ,shall we say 'fundraising' Slovak students). Sadly, on the night train journey back that night some illegal fundraisers waltzed off with some of the students cash plus a mobile phone and an i-pod despite locked doors and the all-night vigil of a bald man with a ferret in the corridor who was clearly beyond suspicion. Once in Prague the kindly Czech police took maybe 3 hours to say they couldn't do anything about it- but at leats gave a crime reference number.

After a final m 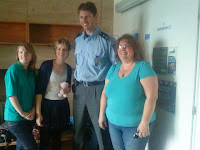 ornings shopping in Prague the group went off to the memorial village of Lidice - scene of a Nazi massacre during world war two - which the group found moving and poignant.

And a fitting tribute to the crushing of the BNP and their rejection by the British people in the General Election the night before!!
Posted by BRIDGWATER INTERNATIONAL at 04:26