PRAGUE STUDENTS IN TOWN FOR THE FAIR 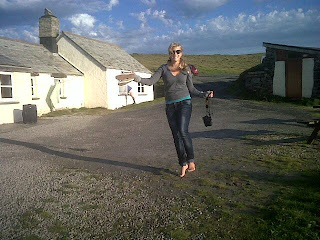 The Arabska Gymnasium in Prague 6 has been an annual visitor to Bridgwater since the link first started back in 1996 when Dr Jan Soucek met Mr Andrew Pole in the Bridgwater Embassy in Prague (the 'U Capa' bar near IP Pavlova). Last year was the Doctors final visit as he has now retired, however the link goes on and this year Mrs Pavla Pracnova turned up with a group of 16 students eager to see what all the fuss was about.

Picking the right time to come - not only was it Bridgwater fair, but the English Summer finally decided to arrive, the group also included on their itnerary a visit to the College where Media lecturer Mino De Francesca showed them several films made by the students, the YMCA where Jason let them have a go at Archery and even a game of Skittles was thrown into the cultural melting pot. 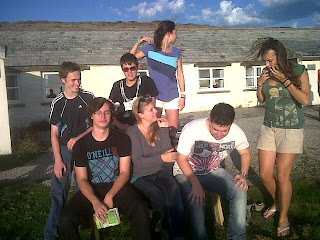 The students were toured around the county, climbing Glastonbury Tor, playing Cricket on the parklands of Burnham and involving themselves in the ancient history of the region from atop Burrow Mump.

They also had a drive down to Devon and Cornwall where they misjudged the tides at the St Michaels Mount causeway, fell off a cliff at Tintagel and were eaten by Dartmoor ponies just south of Okehampton.
Posted by BRIDGWATER INTERNATIONAL at 11:25