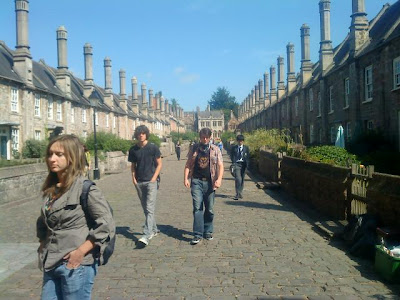 Leading her 15th annual trip to Bridgwater, Ceske Budejovice teacher Eva Kordova, had terrific weather for the students who travelled with her from the Cesko Anglicky Gymnazium. The tour took them the length and breadth of the ancient kingdom of Wessex and naturally centred on the historic Somerset town of Bridgwater.
Flying from Prague to Bristol airport the group of 31 were met by 2 minibusses and a car and driven up the Fosse Way, across the Cotswolds to Stow on the Wold where they stayed the first night. The next morning they popped in to nearby Stratford on Avon then on to Blenheim palace and Oxford and spending their nexy night on the Ridgeway-the closest thing the Ancient Britons had to a motorway . 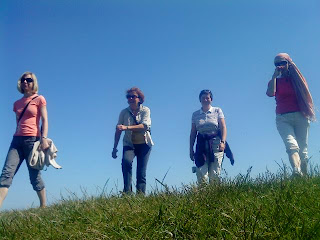 Heading westwards they spent some time at the site of the White Horse of Uffington, the stone circled vilage of Avebury and then a night in the Roman city of Bath. Visiting Glastonbury as the famous rock festival got underway and the city of Wells , where stray festival goers were more likely to be shot, the group then went on to spend 3 nights at Huntstile Organic farm just outside of Bridgwater . 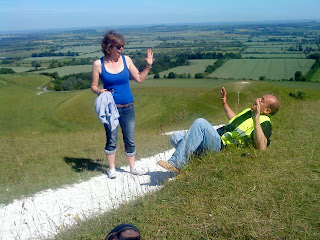 Wednesday was a Coleridge themed day with local expert Ben Manning taking them for a walk on the Quantocks where the famous poet and his druggie mates used to wander spouting poetry, and to the port of Watchet-from whence the Ancient Mariner story was concocted, and a bit of time at Dunster castle.
During thursday the students were welcomed to Richard Huish college in Taunton where they sat in lessons and then sat around a football pitch whilst the Rugby playing Huish 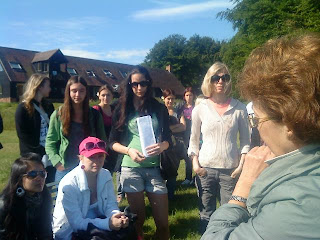 ers beat them 6.1.
Thursday evening saw a quiz night at the Bridgwater Labour club with a world cup theme. English captains fronted Czech teams and answered (or failed to) a variety of general knowledge questions. In a nail biting finale the Czech Republic team (Lee Gannicot captaining) beat Brazil (Kathy Pearce) and won a signed photo of Wayne Rooney. (it had been signed by the quizmaster earlier). Cat Smedley sang a few songs to finish off the evening.
On Friday the group headed further west down to the seaport town of Plymouth and then spent the afternoon and night on Dartmoor before returning to the Czech Republic Saturday morning.
Posted by BRIDGWATER INTERNATIONAL at 08:20 No comments:

PRAGUE STUDENTS IN BRIDGWATER WITH THE 'GOOD DOCTOR' 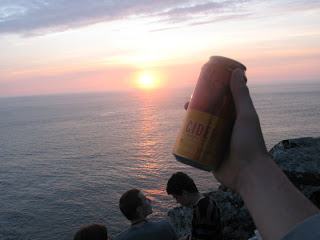 Dr Jan Soucek, from Pragues 'Arabska Gymnazium', has been bringing students to Bridgwater for 17 years and so with retirement iminent , this trip could well be his last.

The students had an action packed week which saw them explore Somerset and tour the West Country from their Home-Hosted base in Bridgwater.

Around Somerset they walked Cheddar Gorge and Glastonbury Tor, visited Wells and 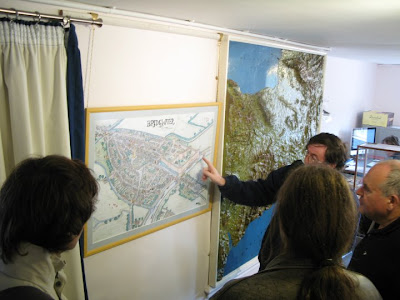 it;s cathedral , Burnham and its beach and did a spot of orienteering on the Quantock Hills.
They toured around 3 other Western 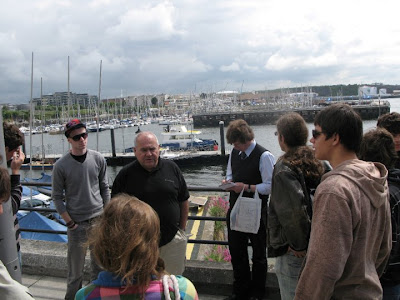 counties, taking in Lyme Regis in Dorset, Dartmoor in Devon and Lands End , Tintagel and St.Michaels Mount in Cornwall. 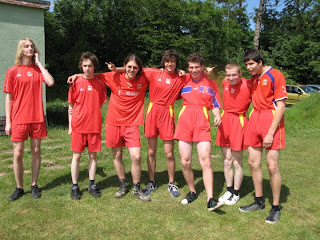 As usual the highligh 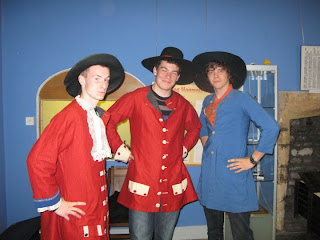 t of their tour was the Multicultural mecca that is Bridgwater, where they saw live rock music at the Labour club, visited the Blake Museum- where they re-enacted the battle of Sedgemoor, and the Bridgwater Arts Centre - where top local politicians staged a mock election hustings (by adopting different Party colours and arguing who NOT to vote for!).

Posted by BRIDGWATER INTERNATIONAL at 02:00 No comments: