TRIPS TO THE BRITISH ISLES 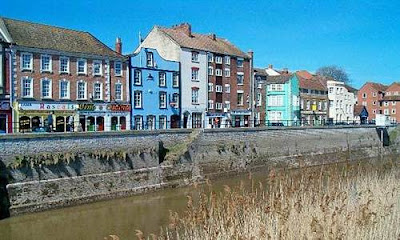 Bridgwater International developed from out of the Bridgwater-Czech/Slovak Friendship Society when we originally simply offered home hosting in the  Bridgwater area to Czech guests from our twin town Uherske Hradiste .

After several years of this we experimented with larger groups from different towns where we had developed contacts, such as Ceske Budejovice and Olomouc, and then to new countries - so groups from Lithuania to Slovakia and more recently Slovenia have been joining us for tours of every part of the British Isles.
If you would like to join us this year, take a look at some of the places we can help you to explore and get in touch with us. If you're a school, a group of friends, a special interest club , a football team, musicians, business people or workers we  can organise something for you! Contact Brian Smedley on bridgwaterinternational@gmail.com 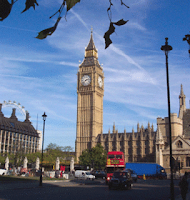 The British capital LONDON is obviously a must for tour groups. Easy to reach with several major airports and also within an hours drive of the continent from our nearest channel ports. Some groups like to spend their whole trip in London and others simply include it in a wider programme.
Our groups are usually accommodated at the Thameside Youth hostel in Rotherhithe, within easy reach of the capital's tube network from nearby Canada Water, or at one of the outer London hostels within an hours drive from the centre. Last year we took a group of Kladno teachers to London for the week. This group flew in to nearby Stanstead and were also able to include a visit to the University city of Cambridge. 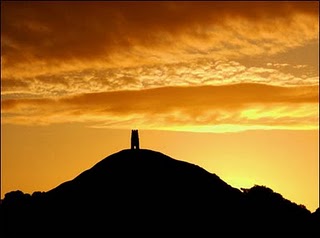 The home county of  Bridgwater, Somerset provides an idylllic hinterland to our town and a gateway to the touristic and historic region of South West England - the ancient kingdom of Wessex, home of Alfred the Great, King Arthur, Thomas Hardy and holiday destination (if William Blake is anything to go by) of Jesus and his uncle Joseph of Arimethea..
Groups often fly in to Bristol and stay in the Bridgwater region for a few days-either at Cheddar,Glastonbury or Minehead youth hostels or the more expensive Huntstile Organic farm and then tour the region including such places as the cathedral city of Wells, the Roman and Georgian spa of Bath , the Bristol and English channels and the nearby moors of Exmoor and Dartmoor.
The most frequently chosen of our destinations, Somerset allows our guests to sample the delights of Bridgwater itself with it's wealth of contacts and Internationalist history. 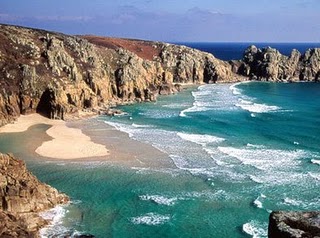 Venturing deeper into the South western peninsula, groups are often keen to explore the Celtic Duchy of Cornwall (Kernow) with it's own seperate identity ,language and flag.  Crossing the dramatic moorlands of Dartmoor and the border river Tamar you reach a world of dramatic coastal scenery, granite moors, picturesque fishing villages and ancient tin mines.
Groups that visit Cornwall always include the Eden project in their programme with it's vast biomes containing reconstructions of all the worlds flora and fauna, the island castle of St Michael's mount which is accesible by causeway ay low tide and the Arthurian birthplace of Tintagel with it;s cliff top youth hostel,
By the time you reach the hostel at  Lands End with oceans on 3 sides of you and the ancient Cliffscape glowing purple and yellow you'll be hooked on Cornwall.

North of the river Trent the character of England changes dramatically to a mix of industry and vast open moorland making the
NORTH COUNTRY very different to the South of the island.
Northern cities such as Liverpool ,Manchester and Newcastle have their own proud histories whilst the North Yorks moors are as majestic as any in Scotland sweeping down to the great North sea from where the Vikings came in the dark ages to leave their imprint (and accent) on the region.
Bounded in the North on the Scots border by the dramatic Hadrians Wall and the walkers paradise that is the Lake District, the region has much to offer.
The jewel of the North of England is of course the White Rose county of Yorkshire with it's ancient  Roman,Viking and medeaval capital of York, the Penine hillscape that inspired the Bronte sisters and the mecca of international football - Leeds.

One of our most demanded locations for a trip is Scotland.
A defiantly independent country in it's own rights with a history to be proud of, Scotland is as varied as it is vast.
The capital Edinburgh is a cosmopolitan metropolis yet small enough to visit all the historic sights on foot including the Royal Mile, the castle, the Holyrood palace and the modern shopping centre. The SYHA hostel is right in the centre and the music bars are easily accessible to all.

In the Southern lowlands we always stay at the  converted industrial mills of New Lanark situated on the river Clyde and next to it's famous Cora Linn waterfall.

In the Highlands the range of ideally located hostels is considerable wether it's the converted hunting lodge at Loch Lomond or the lochside cabins at Loch Ness or the harbour facing hostel at Oban with it;s beautiful sunsets or the island retreats on Skye each one is connected by journeys of breathtaking splendour. 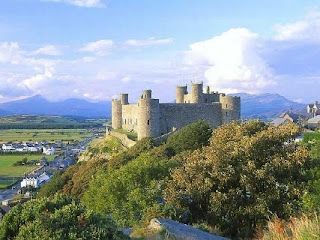 The small yet varied Principalty of Wales is ideal for short stays or inclusion in tours of western England. Accessible from Bristol airport and across the Severn bridge, Wales is as varied as a small Nation can be with it's modern capital at Cardiff on the Bristol channel and home of the Welsh National assembly-always eager to show tour groups around to the Norman castles that dot the Welsh coastline including some of the best preserved at Caernarvon, Conwy and Harlech.
North Wales, where Welsh is the first language of many, is dominated by the spectacular Snowdonia mountain range where there are several hostels which we usually use including Pen y Pas-half way up Mount Snowdon itself, Idwal cottage -the first Welsh hostel ever opened and Betws y Coed by the famed Swallow Falls.

Mid Wales is bounded in the south by the Brecon Beacons-ideal walking country, and where the roads suddenly drop down into the south Wales valleys with their coal mining  heritege  and the occaisoional surprise such as the 19th century stately home of  Cyfarthfa, now a free museum which combines the industry with the radical history  of the valleys, colonial artefacts and technological innovations.

On the English border the pastoral Wye valley includes the medeaval abbey of Tintern, destroyed by Henry 8th and the Castle at Chepstow plus easy access to the march towns of Shrewsbury and Hereford.

On the Irish sea coast the county of Dyfed includes the historic towns of Pembroke, Tenby and Carmarthen and also the Ireland bound ferry port of Fishguard. Midway between here and Cardiff is the spactacular Gower peninsula near Wales' second city Swansea. 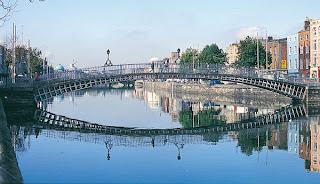 Yet another totally different though historically linked country is just across the Irish sea. In fact two (depending on your politics). Often our groups combine a short visit to Wales with a ferry crossing (from Holyhead to Dublin or Fishguard to Rosslare) to explore Ireland North and South.
At least one group a year takes up this offer to tour the Emerald isle - small enough to do a full circuit-clockwise or anti-clockwise.
Some key sights include the Giants causeway in the north, Croagh Patrick and Galway in the west, Killarney and it's lakes in the southwest and of course the rival centres of Dubin and Belfast on the east coast.
The An Oige network of youth hostels in the south are the basis for our tours and are in ideal locations such as by Errigal mountain in Donegal or in the city centre of Dublin whilst in the north (still part of the United Kingdom) the Hini network of hostels can be found in the centre of Belfast and in the whiskey town of Bush Mills -the nearest place to the Giant's causeway.
A popular and different idea for a trip in recent years has been a gentle trip on the
Canals of England. These waterways which were built as industrial highways during the 18th and 19th centuries are now pastoral country routes and ideal for a leisurely meander through nature with the occaisional country town on the way. 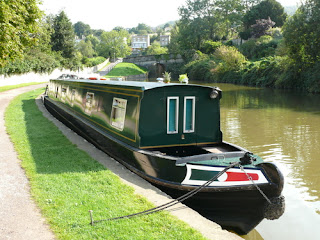 These trips are popular because you control your own narrowboat - holding up to 8 beds, and operate the locks and swing bridges on the way. The boats move at such a casual pace that  you can go for a stroll alongside and not lose the rest of your group.
Each boat has onboard toilets,showers and catering facilities and you can 'moor up' in a different location everynight.
The route we use is the Kennet and Avon canal which runs from the Roman city of Bath through the Avon valley into Wiltshire across the northern edge of salisbury plain, dotted with numerous canalside pubs, aquaducts and countrywalkways.