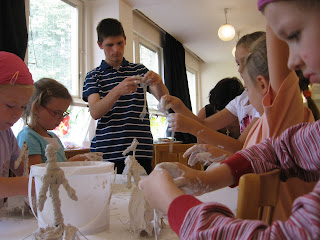 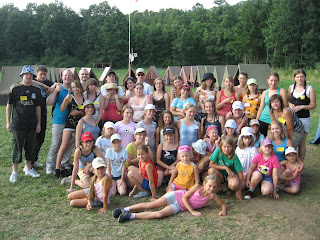 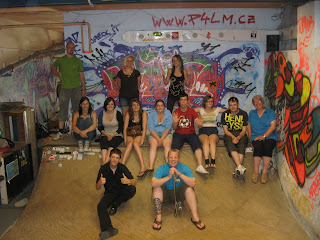 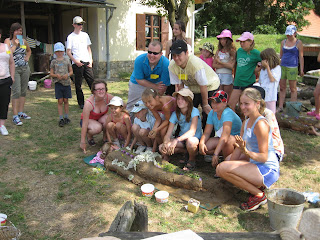 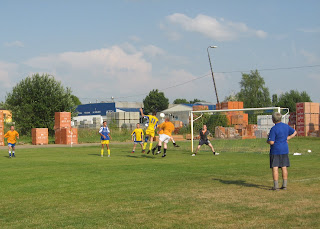 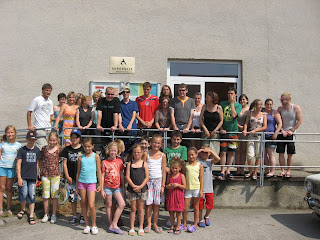 came with us on the very first Bridgwater-Czech twinning trip back in 1992, recently achieved Leonardo Funding from the European union to take a group of Shropshire youth workers from the V-Talent programme on a 2 week trip to Uherske Hradiste and Prague.
The 13 strong group linked up with the Akropolis Family Centre run by Dagmar Mega, in Bridgwaters twin town Uherske Hradiste where they spent a week working with children, studying music therapy, and on one occaision playing football against the factory team Altech, sponsored by co-founder of the Bridgwater-Czech link Antonin Machala. The Shropshire lads won the football 8-4 with a key goal being scored by guide and translator Cllr Smedley who takes all the credit.
After a week in UH the group went to Prague where they linked up with the Proxima project, involved in youth centre and street based work in the district of Modrany.

At the end of August, Dagmar Mega will be bringing a group of Family centre workers to Bridgwater where they will be meeting and working with the many various and similar centres in the district. This scheme is also funded by the Leonardo Project. 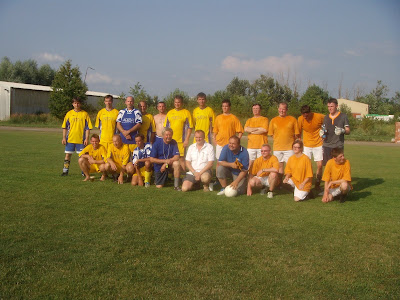 Posted by BRIDGWATER INTERNATIONAL at 05:51