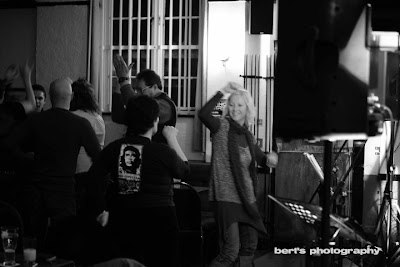 Bridgwater International has launched a series of monthly 'International Nights' at the Bridgwater Unity Club on Dampiet street and kicked off this March 19th with a Cuban theme.

Local singer and Labour councillor Elaine di Campo had just returned from a Jazz cultural exchange to the island and brought with her a shed load of pinacolada, some Cuban cigars-which were auctioned to raise money for Labour candidate Kathy Pearces General Election campaign and at least one Cuban song (from the repertoire of the Buena Vista Social Club).
The evening was open to anyone who supported the Internationalist ideals of the organisation and local workers and students were welcomed alongside Guest Workers from the 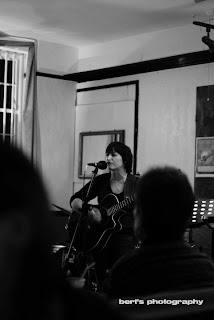 many European countries represented in the town today.
The music of the evening was provided by Elaines band 'Midnight Blue' and a sound system playing largely Latin American music. Special guest appearance was by Somerset singer Sam Redington (pictured) who will be performing at next months International night which will beheld on Friday April 16th and will also feature Portuguese reggae from Herb'an Music.
The April 16 event will be host to 28 Slovenians from the Adriatic town of Koper (Capodistria) and therefore a Slovenian theme will be the order of the day with some food laid on for everyone.
Posted by BRIDGWATER INTERNATIONAL at 11:10