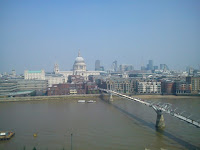 A group of 28 teachers from the Kladno area of the Czech Republic spent Easter in London with us, succesfully managed to avoid the Royal Wedding and also took in a tour of Cambridge.

Flying to Stanstead, the group, led by Zdena Biggsova, a long term supporter of the Bridgwater Czech link, spent their first night in Cambridge. The following day clever student Simon Hann gave them a clever tour around the citadel of cleverness including a bunch of clever punts on the river. 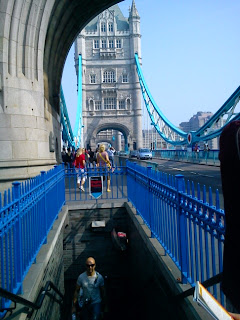 ngham palace, Trafalgar Square, Soho, Chinatown, Greenwich, the Tower and St Pauls.
An added insight into British culture was provided by drivers and guides Nigel - who took the group out for a curry, and Brian who did a spontaneous interview on Sky TV outside of Westminster Abbey about how rubbish the Royal wedding was. 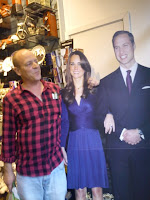 Nigel, an avid fan of the 'Sat Nav' , spent much of his time in the Rotherhithe tunnel and on one occaision in a tacky gift shop on Greenwich where he met a lifesize replica of the unlovely couple.

One of the visiting Czechs asked "Why do you still have a Royal family in the 21st century?". Nobody knew the answer.

Posted by BRIDGWATER INTERNATIONAL at 01:12