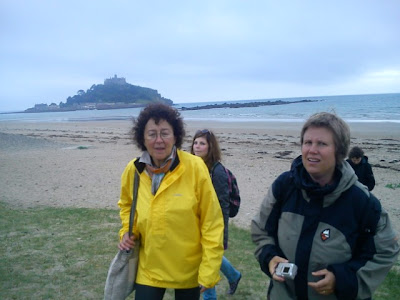 It's been an annual tour since the mid 90's. Eva Kordova from the Czech-English high School in the South Bohemian city of Ceske Budejovice brings over a group of students, they spend a few days in Bridgwater and then take a trip around the West country.

This year the group spent their first three nights at Huntstile Organic Farm in the foothills of the Quantocks whilst visiting Glastonbury ,Wells & Cheddar and having a social night at the Bridgwater Arts Centre. During this time they also did some orienteering on the Quantocks, had a Col 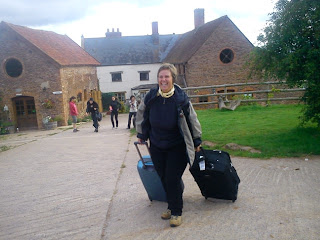 eridge themed tour of Watchet with Ben Manning and had a look at Dunster on their way through Exmoor to Dartmoor.

Experiencing a misty couple of days on the Devonshire moors they then headed off to Cornwall where they saw Tintagel, the Eden project and Mount St Michael, spending the night at Golant hostel neat st Austell. 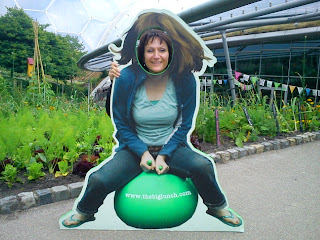 Leaving Cornwall the group crossed the Tamar to a hot and sunny Plymouth and then speedily up to Bath where they spent a night and the next morning before heading off to Wiltshire .

Taking in the ancient sites of Avebury stone circle and the Uffington White Horse the group spent their last night at Ridgeway Youth Hostel and the final morning having a walk around Bristol before catching their flight home.
Posted by BRIDGWATER INTERNATIONAL at 12:36