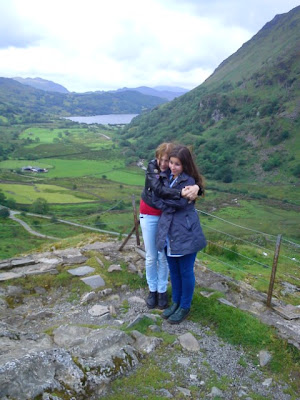 r International for a short tour of Wales which took them from the Snowdonian peaks to Tiger Bay before finally popping over the Severn bridge to Somerset.

The schools, from Koper on the Adriatic Coast and Jesenice up in the Julian Alps, landed at Birmingham Airport from Trieste , visited Shrewsbury and stayed for 2 nights at Betws y Coed.

On the Friday they were guided around the University of Bangor, had a tour of Caernarvon Castle and walked up Mount Snowdon, then on the Saturday visited Harlech castle, the seaside town of Barmouth and took in a festival at Builth Wells before spending the night in the Brecon Beacons.

Sunday saw them at Cyfarthfa Castle, in Merthyr Tydfil before having a look around 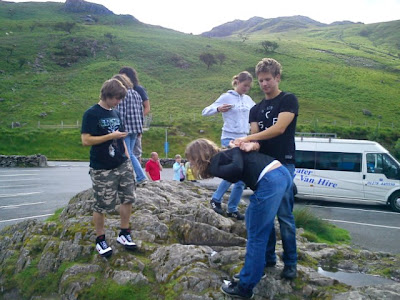 Cardiff and then onto Tiger Bay and a tour of the Welsh Assembly curtesy of Welsh AM Mick Antoniw.

Spending their last night at Cheddar YHA the group were treated to a social evening at the Bridgwater Arts Centre with a quiz and some singing plus food laid on by Kath Pearce , much of it donated by local Grocer Lance Duddridge.

Before travelling to Stansted to fly home the Slovenians visited Richard Huish College in Taunton and spent some time with the students there.
Posted by BRIDGWATER INTERNATIONAL at 12:18