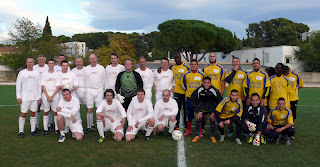 In 1957 Bridgwater set up it's first ever twinning. In the style of the day this was with a French town in order to strengthen the 'Entente Cordiale'. Whilst most Somerset towns picked up twin towns in neighbouring Normandy (just across the Channel) Bridgwater ended up with a veritable Medeteranean paradise in Provence, slightly along the coast from St.Tropez ,Cannes and Nice. So what became of the little town of La Ciotat in the years since the Lumiere brothers first shot the motion picture classic 'Train arriving in a station' there in 1895 and what imperative spurred them on to make that eve 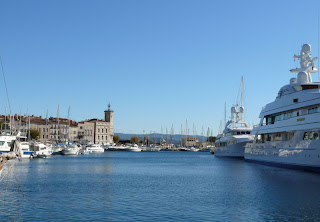 Well, we didn't know at all, so we decided to take a couple of football teams down there and see what the place was like anyway.

Each year Bridgwater International and Altech SRO from our Czech twin town Uherske Hradiste take our football teams to visit a 3rd country . Last year it was Priverno in Italy - so this year we targetted La Ciotat. In order to do this we looked up an old friend -Yasmina Boukerhoufa had visited Bridgwater some years previou 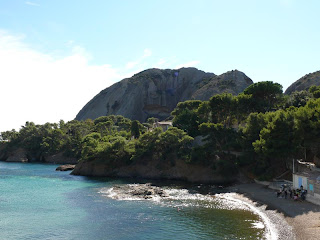 sly and was enthusiastic then to develop more International links, whilst Stephane Olry , a tip top table tennis trainer, was a newcomer to Twinning but passionate in his desire to get involved. Both proved invaluable.

Taking 71 people this time round was a bit of a feat. Whilst the Brits had a light drive up to Gatwick , a 1 and a half hour flight to Marseilles then a 45 minute bus ride to La Ciotat, the Czechs drove all the way across Europe on a 24 hour barely stopping coach .

Staying at the Victoria Gardens hotel, overlooking the dive-off-able cliffs and rocks of Aren Cros, both groups filled the place to near capacity. On the down side it was a 45 min 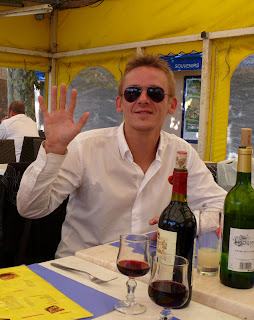 ute walk to the town centre or an 8 euro taxi ride.

The first football match saw the Brits play the French. The final score maybe reflected the mismatch in ages....well that's one excuse.... The Brits (average age 50) 2 v the French (average age 25) 13. Another excuse could be the mighty Mistral wind that scattered all before it whilst depositing the sands of North Africa on the pitch and in the eyes of the (none sun glasses wearing) Brits. 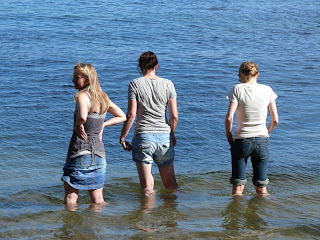 was delayed while we watched the French humiliate the English national team at Rugby from an early morning New Zealand. By the time it started the match featured several seriously inebriated 'players' for want of a better word whilst supplemented by 2 young French boys whose Bridgwater international shirts reached their toes, and a baguette wielding Stephane as a guest winger. The result Bridgwater 1 v Czech Rep 9. The lone English goal scored is the subject of a prize 'guess the goalscorer' Competition. Answers on a postcard to the 'Cllr Smedleys great goal' competition c/o Bridgwater International. 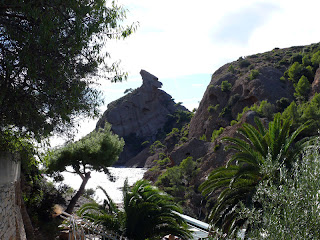 A far more even game was the Czech v France game played later that day. Ending 5.2 to the Czechs (making them tournament winners) the match showed that generosity of spirit the Czechs are famous for. Especially lending their opponents a goalkeeper who didn't know the rules. And who had no hands.

Re-establishing links with the La Ciotat 'Jumelagistes' was a rewarding exercise. Madame Jean-Marie Vandamme and Virginie Giaccone proved able hosts with 2 social events for the participants at the St Marceaux Complex where the French pastis mixed with the Czech pivo and the Somerset scrumpy while the players and fellow travellers tried to make each other understood. "You got some paaasties then??" and so on. 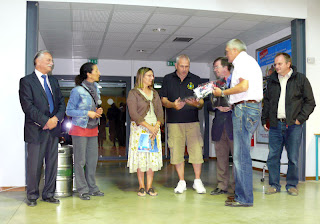 Apart from the football, the trip was also a perfect holiday. French market stalls lined the quayside stretching from the beaches to the old docks - now restored to cater for the affluent yacht-repairing set, fine French sea side restaurants were interspersed with bars showing the rugby whilst a slight walk past the harbour and you are in the 'callanque' area 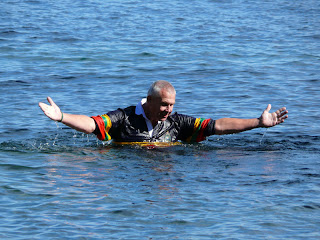 of rocky gardens and secluded beaches. One brave English traveller received a round of applause from the French beach-huggers for daring to go in the mildly mild october waters while the rest drew a line just above their ankles.

As a result of the trip to la Ciotat we have 4 further projects in mind with the place and it certainly feels like old friends finally got together again.
Posted by BRIDGWATER INTERNATIONAL at 05:00